BUY NOW, PAY LATER - How to pay in installments
Shop
Skip to content

There are justified reasons 97% of Western Europe has chosen to remove fluoride in water.  For example, the problematic nature of compulsory medicating of the population for one.  And since the 1990’s there have been animal and human studies done by the National Research Council indicating fluoride ingestion carries:

1.  Risk to the brain – Dementia-like adverse effects on IQ levels.

2.  Risk to the thyroid gland – Doses of fluoride (0.01-0.03 mg/kg/day) achievable by drinking fluoridated water, may reduce the function of the thyroid among individuals with low-iodine intake. Reduction of thyroid activity can lead to loss of mental acuity, depression and weight gain.

3.  Risk to bones – Fluoride in drinking water can diminish bone strength and increase the risk for bone fracture.

4.  Risk for bone cancer – Animal and human studies – including a recent study from a team of Harvard scientists have found a connection between fluoride and a serious form of bone cancer (osteosarcoma) in males under the age of 20. The connection between fluoride and osteosarcoma has been described by the National Toxicology Program as “biologically plausible.” Up to half of adolescents who develop osteosarcoma die within a few years of diagnosis.

5.  Risk to kidney patients – People with kidney disease have a heightened susceptibility to fluoride toxicity. The heightened risk stems from an impaired ability to excrete fluoride from the body. As a result, toxic levels of fluoride can accumulate in the bones, intensify the toxicity of aluminum build-up, and cause or exacerbate a painful bone disease known as renal osteodystrophy.

Conscious Water offers a powerful Fluoride Water Filter and can be used in-line with all Berkey Purifiers.  Berkey Natural Purification systems are the most POWERFUL and ECONOMICAL personal water purification systems – providing reliable purification in both normal and unfavorable filtration environments.


Low-income families are least able to avoid fluoridated water. Due to the high costs of buying bottled water or water filters, low-income households will be least able to avoid fluoride once it’s added to the water. As a result, these families will be least capable of following the recommendation that infants should not receive fluoridated water.   Low-income families are at greater risk of fluoride toxicity. In addition, it is now well established that individuals with inadequate nutrient intake have a significantly increased susceptibility to fluoride’s toxic effects. Since nutrient deficiencies are most common in low-income communities, and since diseases known to increase susceptibility to fluoride are most prevalent in low-income areas, it is likely that these communities will be at greatest risk from suffering adverse effects associated with fluoride exposure. According to Dr. Kathleen Thiessen, a member of the National Research Council’s review of fluoride toxicity: “I would expect low-income communities to be more vulnerable to at least some of the effects of drinking fluoridated water.”

(All references for above available here.)

Conscious Water offers a powerful Fluoride Water Filter and can be used in-line with all Berkey Purifiers.  Berkey Natural Purification systems are the most POWERFUL and ECONOMICAL personal water purification systems – providing reliable purification in both normal and unfavorable filtration environments.

“They can’t put citizens down anymore. They can’t pull rank on citizens. They can’t say, “I’m a doctor, I’m a dentist and you’re a nobody, go away.” Because the citizen just holds up the book and say, “Have you read this book? [The Case against Fluoride]” And when they say no, ‘Well, you better go read this book and come back with a scientific response.” Which, incidentally, is what I said to the Ministry of Health. Stop putting millions of dollars into public relations fluff; pamphlets with no references. You’ve got a challenge here. Here is a book with 80 pages of references.


Dr. Connett has also been traveling across North America. A particularly exciting meeting took place in a public library in London, Ontario. Citizens had arranged a massive billboard for the event to draw people in, and the attendance was so great they had to turn about 30 people away as all the seats were taken. More than 400 people took in the presentation.

Fluoride Drinking Water – No Thank You

For a list of these communities as well as the American and NZ communities who have done likewise, please see the Fluoride Action Networks website. At this point, British Columbia and the province of Quebec are close to fluoridation-free.

This will bring much needed pressure on the U.S.

Peter Vallone, Jr. a well respected councilor in New York, has already introduced a bill to get fluoridation out of New York City. And once New York City stops water fluoridation, the rest of the U.S. will have no choice but to follow suit. The movement is also gaining momentum in Austin, Texas.

The Fluoride Action Network is also urging communities to pressure their local water departments to place a warning on the water bill, stating that parents should not use fluoridated water to mix baby formula. In November 2006, the American Dental Association has issued this warning to its members—the dentists—but has failed miserably when it comes to actually warning parents.

Fluoride and Health – Health and Fluoride

“… We now have 25 studies that indicate that fluoride in water is associated with the lowering of IQ. A recent study from Ding et.al… [published] in the Journal of Hazardous Materials… found a lowering of IQ at low levels – not moderate, not high levels, (but) low levels. The range of the [fluoride levels in the] water in the children that they studied was between 0.3 and 3 parts per million. This overlaps the concentration range used in U.S. cities (0.7 -1.2 ppm

They were able to correlate the level of fluoride in the urine, which is a measure of individual exposure to fluoride… there was a very strong linear correlation with lowering of IQ and fluoride concentrations in the urine; very strong.

… What Ding et.al showed was that for each one part per million of fluoride in the urine, there was a lowering of IQ by 0.59 IQ points. That doesn’t sound much, but when you shift the IQ of the whole population… you will reduce the number of geniuses in your society, and you will increase the number of mentally handicapped. Believe me, in a competitive world, you want all the geniuses that you can get, and you want to minimize the number of children who have to be treated for mental development problems.” 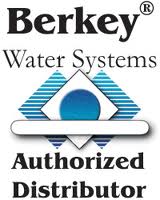 Conscious Water is based in Orillia, Ontario, Canada